Step 1: Consult the I Ching 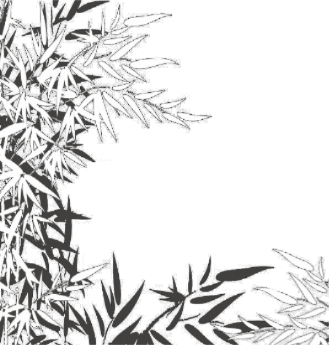 The I Ching is an ancient system of philosophy and cosmology dating back nearly 4000 years. It is one of mankind's most ancient oracles.
Ask the I Ching a question:

When asking the I Ching for insight and advice, it is often easier to ask questions like "Please give me insight into ____" rather than asking something very specific. Need some tips for better I Ching queries

next
Manual or online method?
use real coins manually
go
Got 3 coins? Flip coins yourself and enter the results manually.
use virtual coins
(fast and easy)
go
Use our web-enabled, fast and easy "virtual coin toss" system to build your i-ching hexagram.

Consult a 4000 year old oracle
Ask the I Ching a question:

When asking the I Ching for insight, try asking questions like "Please give me insight into        " rather than asking specific questions.
See our tips for I Ching queries?

next
This free online I Ching reading will amaze you with its accuracy and insight. Based on the 3000 year old "Book of Changes", the I Ching has been inspiring and teaching for generations. Try an I Ching reading now, and prepare to be amazed.
tags: i ching readings, free i ching, online i ching

What is the I Ching?

The I Ching, (also known as the Yi Jing) is an ancient Chinese oracle. It is based on a 3000 year old manuscript of Chinese wisdom called "The Book of Changes".

Throughout history, the Book of Changes has been used principally as a divinatory text. It provides deeply insightful spiritual guidance and accurately answers questions about life, love, business, health, self realization and personal issues. The I Ching, or the ancient Chinese Book of Changes is the oldest divination manual still in use today.

The core of the I Ching are its 64 hexagrams, each composed of six lines. Each horizontal line has either a broken and unbroken state, allowing for a total of 64 possible combinations. 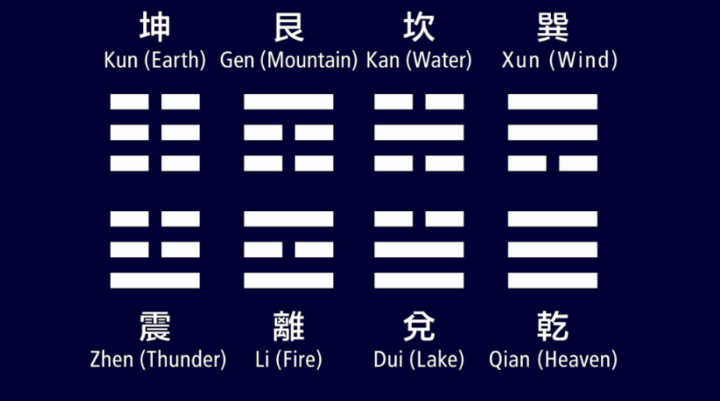 - Eight I Ching hexagrams shown. There are 64 in total. -

These hexagrams which reflect both ancient Confucianist and Taoist philosophy each carry a primary divinatory meaning which serves as the "answer" to a querent's question. Many students of Western divination systems from tarot cards to astrology enjoy the I Ching's unique Oriental philosophical perspective.

In addition to the primary meaning of each hexagram, each I Ching reading also provides more subtle secondary reading pertaining to "changing lines". (Keep reading and we'll discuss the changing lines in more detail below).


How to perform an I Ching reading

What kind of questions work best with the I-Ching?

First and foremost -- it is traditional in China to say "please" as part of your question when you consult the I-Ching.

This is an ancient custom dating back to the misty origins of Chinese divination over 4000 years ago. Today, many people tend to ignore this tradition but it's still considered the "correct" way to begin an I Ching reading. The word "please" can be placed at the beginning, in the middle, or at the end of the question.

Asking the I Ching general vs. specific questions

Many people find their readings are most successful when they ask general questions like: "Please tell me about the forces affecting my relationship", or "What are the issues surrounding my job, please".

Experts often approach the I-Ching with an even more general strategy - asking simple questions like: "Tell me about my current situation in life, please". This approach to readings reflects the tendency of the oracle to offer insight into a wide variety of related, and sometimes unexpected topics. Many related topics may not be anticipated by the asker.

While many people tend to ask very specific questions like "Will Catherine get married to Stephen?", "Will I find true love this weekend?", "Is my relationship really over?" - one must remember that the I-Ching often speaks about the background of a situation, related issues, or psychological states that affect the outcome of that question.

The I Ching is a framework for knowledge

Think in terms of the greater philosophical or spiritual backdrop to a situation, and your readings will be much more effective. While the I-Ching may respond with very direct answers when the future is clear, more often than not, the I-Ching will provide a philosophical framework for you to better understand the situation and predict its outcome.

No one can tell you exactly how to phrase your question. The best approach is to try several kinds of questions and see which I Ching readings yield the best results for you.

iFate uses a custom, modern translation of the I-Ching: Book of Changes which is much easier to understand than older translations found elsewhere.

Can you ask the I Ching the same question twice?

As long as you are not misuing the Oracle, it's possible to ask many different questions about a topic or situation. It is recommended that you ask for insight about multiple aspects or facets of a situation when asking repeat questions.

It is not recommended to ask the same 'exact' question over and over again hoping to get the answer you want. This is considered a misuse of the I Ching, and will yield ineffective, useless and misleading answers.

However, if some time has passed, and you want to ask the I Ching the same question because your situation may have changed slightly -- this is perfectly acceptable and encouraged.

A traditional "Do not"

It's traditional belief to never ask the I Ching questions about the I Ching itself. While this isn't written anywhere, this belief is widely held among practitioners in Asia. We think it's a good rule to follow.

About the Book of Changes

The origins of the I Ching oracle are shrouded in mystery, and probably pre-date the written text. Scholars believe the original ancient Chinese text was first penned some time betwen the 10th and 4th century BC. It is the oldest of the ancient Chinese classics which survives today.

Edward Shaughnessy American scholar of Chinese history and Chinese philosophy, dates the origin of the I Ching to the twilight of the 9th century BC, during the early reign of King Xuan of the Zhou dynasty.

The first English translation of the I Ching was penned by Thomas McClatchie an Anglican missionary in Hong Kong who became fascinated with the seasoned wisdom of the ancient texts.

NOTE: There are many translations of the Book of Changes available today. These include the popular Baynes translation or the classic Richard Wilhelm / James Legge translation. (Both of which are excellent). These translations can be difficult to understand. They make references to historic events, include political interpretations and references to ancient Chinese culture during the time of the Zhou and Shang dynasty. iFate uses its own modern translation. Our I Ching translation has been specially written for today's readers while keeping the spirit of the original Book of Changes alive. iFate also has a secondary set of "Love I Ching" readings, which use a special modern translation which has been adapted to questions about romance and relationships.

The I Ching or Book of Changes (which has also been known by the names the "Zhou Yi" or the "Changes of Zhou" over the centuries) is at its heart, a divination text. It's purpose it to provide insight and guidance into current and future events.

As stated above, the core of the text are the 64 hexagrams of the Zhou Yi which are each composed of six horizontal lines, stacked on top of each other. Each line has two possible states: Broken and unbroken.

The beauty of the ancient Book of Changes comes from its depth and its versatility. As a Chinese philosophy text, it has formed close relationships over the centuries with Taoism, Confuscianism and other Chinese philosophical schools.

The Trigrams of the I Ching

The 6 trigrams of the I Ching are:

Adding complexity and a third dimension to I Ching readings are the concept of changing lines. Each of the 64 hexagrams comes with an additional six meanings -- one for each broken or unbroken line in the hexagram. While there is debate among both scholars and users of the I Ching as to the reason why changing lines were included in the ancient text of the Book of Changes, the belief among many is that these changing lines represent shifts in the meaning of each hexagram, and point to a potential future state.

It is through the changing lines, that the true divinatory power of the I Ching becomes apparent. A hexagram with one changing line, not only carries the meaning of the original I Ching and it's associated changing line meaning -- but a second or "future" hexagram which points to future events, circumstances or possibilities.

In the event that there are no changing lines in your primary hexagram, this "unchanging hexagram" means that the situation is unchanging, and stable for the time being.

Translations of the I Ching

While there have been dozens of translations of the I Ching written over the centuries, the best known contemporary translation was written in German by Richard Wilhelm, whose work was introduced by psychologist Carl Jung.

The free online I Ching divination tool on this page is based on a virtualized three coin system to build each hexagram, but a a manual system is included for users who wish to flip their own I Ching coins. Traditionally, one consults the I Ching by one of two different methods. The first is the previously mentioned system of tossing three coins. The other is a ancient method of drawing marked yarrow stalks. (We may at a later date create a virtual yarrow stalk system if there is interest. Let us know in the contact form below).

By tallying the results of the coin tosses, an I Ching hexagram can be be built using the following rules.

Tossing the I Ching Coins

Every line in the six line hexagrams is based on the concept of yin and yang. In Chinese philosophy, the yin yang is a balance of dark and light, negative and positive, fire and water, hot and cold, up and down, and expanding and contracting. In I Ching hexagrams, broken lines represent "yin", and solid lines represent "yang".

To apply this to a divinatory example: A hexagram composed of 6 Old Yang lines would represent "Creativity". But since every Old Yang line is "changing", this transitory hexagram would point to a future hexagram of "The Receptive" or a hexagram with 6 broken lines.

In such a case, the reading would consist of the original hexagram of Creativity, all changing lines (which is unlikely in any realistic scenario), and the future hexagram of The Receptive

Many beginning readers ignore the changing lines and interpret just a single hexagram during the reading. If you're just starting out, this is an acceptable way to start learning the I Ching. (If you've ever studied the tarot deck, you can think of this like a simplified one card reading.) Once you're ready for deeper insight, we suggest complete I Ching readings which include an analysis of the changes.

Interested in looking up a hexagram? Use iFate's I Ching hexagram meanings to look up any hexagram by number.