The Meaning of the Number 1579 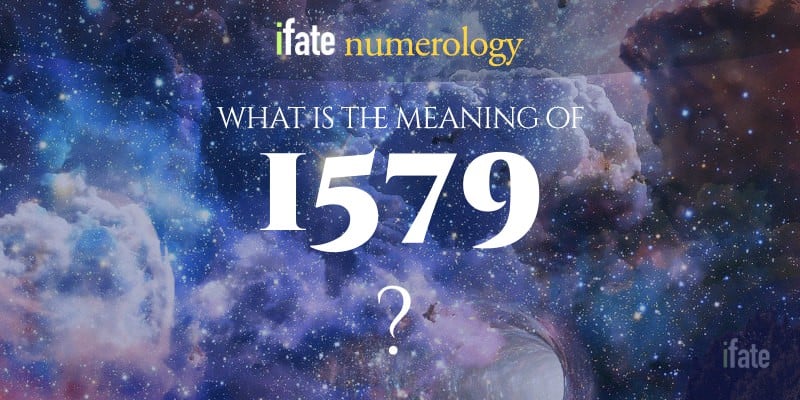 Each and every number in numerology has its own unique traits. For numerologists, numbers like 1579 are like people — each with their own character-traits and unique idiosyncracies which differentiate them from other numbers .

The numerology energy locked inside the four-digit number 1579 pulsates with an aura of creation. This number also indicates that extremely significant transformations are underway in some way. When this fascinating number appears during your day it usually points to significant changes in the way things are — or it might suggest a blueprint which sets the course for many years to come. Think long term.

This significantly transformational number is also known for its shared primary traits of planning and growth. These principal energies contribute to 1579's other facet of invention.

Keep in mind that from a numerology standpoint, 4-digit numbers such as 1579 are more complicated than 1-digit numbers. Much like diamonds, they have multiple facets which can sometimes refract light and energy in beautiful ways. The longer and more complex the number, the more nuanced and multi-layered its meanings. All multi-digit numbers have a primary meaning and a set of secondary, less significant attributes associated with each digit, which also add aditional dimensions of interpretation.

Possible negative traits of the number 1579

Although the previously mentioned positive traits are most frequently exhibited by 1579, that doesn't necessarily mean there aren't any negatives. The number can also emit negative overly serious or risk-taking resonances.

In most instances however - if you're uncertain about whether or not 1579 exhibits these negative traits, a simple approach is: The facets which can be applied to any number including 1579 should be assumed to lean towards the beneficial until a negative trait is clearly visible. But - it's important to be ready for any of these occasional negatives.

Secondary numerology meanings of the number 1579

The digit 1: Continuing to explore deeper within 1579, we discover less intense resonances of determination blended with a less defined, but still significant radiance of unyielding nature.

The digit 5: If we analyze the next sequential digit (5) in 1579, we can see some mild traits which feel adventurous and flexible. The number also vibrates with an energy of curiosity at this level.

The digit 7: On a very distant-level, the digit 7 of 1579 also demonstrates very faint, but detectable vibrations of understanding — and much less significant elements of truth as well.

(The remaining digit has an extremely minor number of influences on the number, so we'll circle back to these micro meanings at the bottom of this post.)

So how do we calculate these meanings for a number like 1579?

How to Interpret 1579 using Numerology

Keep reading and we'll show you exactly how you can reach your own analyses of 1579 using numerolgical analysis:

The first step in analyzing a number with multiple digits is to reduce it down to its base number. When we reduce down the 4-digit number 1579 numerologically, we can reveal its important Master Number of 22.

NOTE: The expression "numerological root number" and "numerological base number" are used interchangeably here. It is the reduced value arrived at by summing up each of the individual digits within the number 1579.

Unlike other 4-digit numbers which can be reduced to a 1-digit number, 1579 is fascinating because it reduces down to a two digit base number.

Each unique number in the world of numerology exhibits its own unique traits, but some numbers are vastly more influential than others. These fascinating double-digit numbers are called "Master Numbers", and they are extremely powerful.

Anytime you see the special numbers 11, 22 or 33 appear, it's a moment to take a breath and look deeply. These rare and beautiful numbers which give off an aura of special energy, are vital components of cosmic creation itself. 11 is the "Visionary". 22 is the "Architect". And 33 references the embodiment of love and life energies.

The extraordinarily important number 22 is the second of the 3 "Master Numbers" in the field of numerology. 22 is generally regarded as the most important of the Master Numbers. The Master Number 22 is also known colloquially as the "Master Builder" or the "Architect" because it symbolizes the transformation of concepts into reality.

The powerful number 22 shares characteristics of both the initial Master Number, 11, which is strongly insightful and psychic — but 22 also shares the geometric base and structure of the number 4.

When the Master Builder shows up in your day, consider it a heads-up from the Universe to think big, plan big and dream big. Don't get caught up in insignificant minutiae and tiny details. Take note of the bigger, universal-scale perspective.

Would it be correct to say that the numerology meaning of 1579 is the same as its associated base number 22?

If it were as simple as that, then other numbers, which share the same root number 22, like the numbers 499 and 2389, or the number 3829 for example — would each share the very same significance. (And they don't.)

The base number provides us a very loose definition of 1579's inner meaning. To really understand the interpretation of 1579, we need to interpret each of its digits: 1, 5, 7 and 9, and not just the base number 22 alone.

Take a look at this chart which explains the relative contributions of the base number and the other digits within 1579:

As depicted in the chart above, the most important facet of the number 1579 is the numerological reduction value of 22. Following the numerological root number, we step through each of the successive digits in 1579, which are each interpreted with decreasing importance.

The inner digits which make up 1579

So now that we've explained the most important influence of the numerology reduction number number 22, and covered the individual weight of the compositional numbers 1, 5, 7 and 9, we'll explain the inner numbers one at a time — excluding the 22 which we discussed above.

The number 1 in numerology, is the most quintessential force for creativity and raw creative energy. It is assertive, strong and pioneering.

The number 1's written shape represents its core personality: It stands vertical, tall and unyeilding. It is a number of leadership, powerful indivdiualism and courageous spirit.

The quixotic number 5 in numerology is the number of change. Because 5 represents the absolute center of the 1-digit numbers from 1-9, it is sometimes called the "pivot number", or the number which other 1-digit numbers revolve around.

It is adapatable and forever-changing — capable of making it in almost any environment or situation. It's ability to change makes it a socialite number, which can get along with nearly anyone.

The number 5 also has a naturally inquisitive nature, and never stops learning.

The number 7 according to numerologists, is a dyed in the wool seeker of wisdom. This robustly analytical number is seldom pacified by simplistic explanations or 'easy to come by' answers. On the contrary: The number 7 indicates a greater desire to dig deep in search of golden truths and the real nature of the universe. While spiritual learning plays an important part of the number 7's energy, the number's primary energies are those of mindfulness and fact-based truth. The number 7 balances the spirtual with the factual in an eternal quest for hard facts and the inner truths of our universe.

In numerology, the number 9 is an often misunderstood number. As the very last 'pure' number in the cycle of 1 to 9, it maintains an interesting position. 9 typically represents the final phase of cycles.

9 has a personality of 'almost completion' about it — and it simultaneously offers hints about the future of the next cycle. In stark contrast to the number 1, which references the raw power of creation, the compassionate number 9 adds the energy of a chapter's end and a discernable feeling of closure.

Keep in mind though that with endings comes the idea of renewal and a future explosion of creative genesis.

Where did you come across the number 1579?

Remember, a significant part of numerological analysis will depend on the place any number shows up. Where and how a number appears, can really matter:

Every one of these questions are very important because they add an additional amount of clarity to 1579's meaning, and how it applies to you and the world around it.

Are you seeing 1579 appearing frequently?

Is 1579 related to a dating app or Tinder profile?

In case you're wondering, yes you can also do a traditional "name numerology" interpretation on online usernames.

While it's possible to do this — remember that these names will always be significantly less relevant from a numerology perspective than a numerology reduction of a user's real name.

Whenever numbers are part of, or connected to a birth date in some way, you're going to be better off applying the traditional numerology numbers like the Life Path Number, Destiny Number, Soul Urge number and Inner Dream numbers. If you're not familiar with these calculations, just use iFate's free name numerology calculator to see them easily.

What about numbers that are a part of an ID card or license?

Numbers like 1579 that are connected to an ID number, drivers license number, passport number or other form of personal identification are some of the most revealing of all. Why? Because numbers sppearing on an ID often connect directly to the identity and character type of a specific person.

If you're currently single and searching for love at the moment, these types of numerological insights can be priceless. They offer interesting understanding of character types, concealed personality traits and in some cases, even long term relationship potential.

If you're doing business, the number 1579 might show up in a credit card, customer ID number or other form of company identification. These types of numerology insights often provide fascinating advantages as they offer a sneak peek at hidden knowledge that might (under other circumstances) be hidden.

Numbers that make an appearance as part of an apartment address or a postal code may in some cases have influence on the residents — or if it's a company address, on the culture of a corporation.

If 1579 is connected to a person's home address, it may also have some effect (either positive or negative) on the romantic potential or relationship potential of whoever is living there — or have an effect on the state of their current relationship.