The Meaning of the Rune "Ehwaz"

While one horse frequently symbolizes the 'warrior', two horses (as are used to pull carts) symbolize travel and progress. The rune Ehwaz represents journeys, distant places and events which have not yet transpired. In rune lore, Ehwaz is also regarded as being a depiction of Sleipnir, the Norse god Odin's eight-legged horse -- which symbolizes fluidity and smoothness of motion. Ehwaz, encompasses energy, force, and direct (although not necessarily swift) motion. Like any horse, this progress must be carefully managed and tended in order for its full potential to be realized.

How to Interpret "Ehwaz"

Most simply put, Ehwaz symbolizes 'forward energy and movement'. Ehwaz may represent general travel and steady progress-- or it may literally represent a car, plane or another method of transportation. Ehwaz also symbolizes communication over long distances, and can refer to an important message that one will give or receive. Harmonious concord and pulling together as a team is also referenced here. When Ehwaz appears in a spread, it empowers the runes around it and augments their meanings simply by virtue of its directional energy and forward movement. Teamwork, forward-motion, communication, and consistent drive will win the day when this rune turns up.

Blocked movement. An inability to act. The best solution at this point may be passivity, not action. A failure to communicate or act in unison.

Get a free rune reading

Don't confuse this with the popular 'Tree of Life' tarot spread.

The 'Great Tree' rune reading is useful for gaining insight into an individual's character.

What makes a person tick?

The Circle, or 'Union' is a favorite rune reading which gives insights into romantic issues facing couples.

This is a 6-rune reading intended for more advanced rune readers.

Rune spreads are usually just 3 or 4 runes, but The Cross is a well-known five rune spread.

This is an exellent intermediate spread for complex situations.

RUNE OF THE DAY 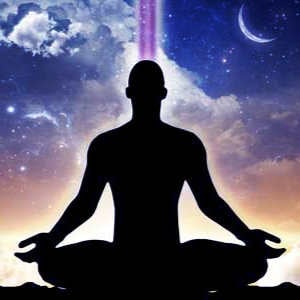