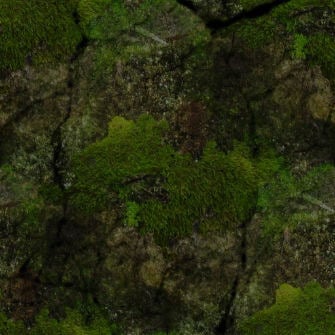 This ancient runic alphabet, also known as the "Elder Futhark" consists of 24 glyphs from Northern Europe and the British Isles.
browse more rune readings
More iFate Runes:
- Rune Meanings: Look up the meaning of any rune.

| Your Rune Horoscope
Rune of the Day

Swipe below to select your rune reading
swipe left
swipe right
If you've never tried a rune reading, prepare to immerse yourself in an experience that dates back to ancient Nordic, Celtic and Germanic culture. Reading the Elder Futhark Runes can provide insight into every aspect of life, love, health and money. Read more
tags: runes, rune reading, how to read runes

What is a Rune Reading

Try this free online rune reading and experience an ancient form of divination and fortune-telling. Rune reading has beeen used since ancient times to gain spiritual insight into current events, our life and the world around us.

Want to know how to interpret runes? Click here for iFate's complete guide to rune meanings.

Runic divination has its roots in various ancient religious beliefs from northern Europe, including Norse mythology, Germanic mysticism and Celtic religious traditions from the British Isles.

Rune readings use individual runes stones, which consist of small stones, etched with each of the 24 runes of the Elder Futhark (also called the Anglo Saxon Futhorc). In most cases runes are created from stone, but there is also a long tradition of stone runes, bone runes and wooden runes.

Which type of runes you use is up to you. While runes made from wood and stone are the most popular, there are also many modern styles available including plastic, glass and metal runes. 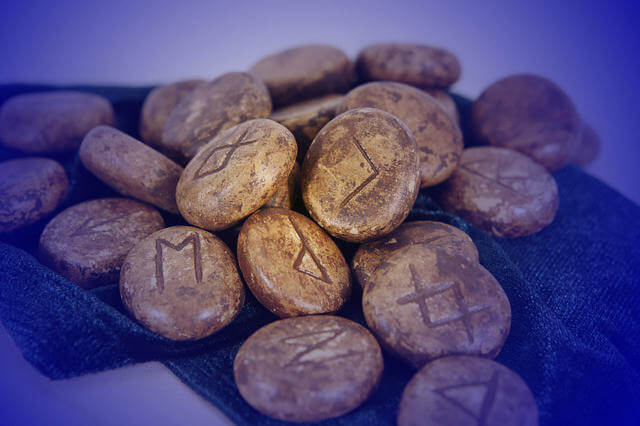 Each rune stone / rune symbol has its own magical significance or esoteric meaning. The basic methodology of a rune reading is to create a rune spread or a rune cast, and to interpret the runes.

By casting the runes, and interpreting which runes were selected -- and where each rune is positioned -- a rune reader can gain spiritual insight into past and current events, and their outcomes.

From a divination perspective, rune reading is very similar to tarot reading in many ways. But the rich history, lore and spiritual references in runes are extremely different in nearly every way.

What are runes, and where do they come from?

Today, many of us think of runes as being somewhat similar to tarot cards: They are excellent tools for personal divination and achieving spiritual insight. But the history of runes stretches far deeper into antiquity.

Runes were an ancient writing system shared by Celtic, Scandinavian and Germanic peoples of Northern Europe. Closely associated with magic rituals and religious belief, rune stones and runic inscriptions date back to the first century A.D.

Many scholars believe the runic alphabet and runic writing originated much earlier, but it wasn't until the practice of etching runic writings into stone that permanent records were created.

Runic inscriptions can be found throughout northern Europe. Many of these record historical events. Others have a distinctly religious or spiritual overtone, while others include rune poems and fables about Norse gods and colorful folklore. Anglo Saxon and Viking runes and Scandinavian runes are the most common, but there are many other schools of runic writing which include Hungarian and other Eastern European runes. 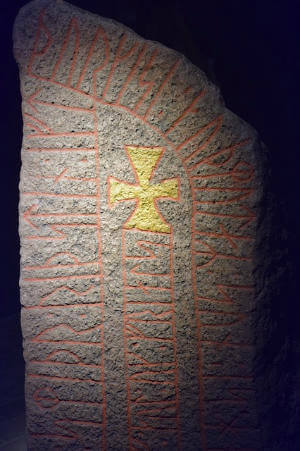 When Christianity reached ancient Europe, runic script and norse symbols were gradually replaced with the latin alphabet. Even after being replaced, rune scripts persisted for purposes of mysticism, magic, divination and religious ritual.

One interesting aspect of runes which still puzzles historians are the obvious similarities between many Norse rune letters and letters in the Greek alphabet and Roman alphabet. These similarities between nordic runes and other early alphabets seem to suggest that there was significant exchange of cultural ideas between the Northern European tribes and Mediterranean civilizations. Other historians believe that ancient runes have Etruscan origins which predate classical Rome.

Norse mythology tells us that the runes have a more divine origin. According to Norse lore, rune symbols come from Odin himself.

Today, runes are almost exclusively used for magic and as a divination tool. (So much so that they are simply referred to as "magick runes" by many). While it's not necessary to understand ancient European history, Viking mythology, or Germanic neopaganism to appreciate runes -- having an understanding and respect for the history and related folklore of ancient runes will add a wonderful dimension and appreciation to your rune readings.

While many rune readers simply "want an answer" -- diving deep into esoteric runology will make those answers much, much better.

How to read runes

Some schools of rune casting believe that the rune stones should be shuffled or shaken, and cast at random in front of the rune reader.

Other systems of rune casting involve creating specific rune layout (similar to tarot spreads) and interpreting the meaning of the runes in specific positions within the spread. Each rune position has a different meaning, and so the meaning of each rune will be different depending on where it appears in the rune cast.

By unlocking the ancient wisdom of the runes, readers can gain insight into situations and understand their potential outcomes.

As with many systems of magic and divination, rune magic places a high value both on the individual's 'selection process' and on the philosophical and mystical interpretation of the symbology. Typically, selection follows a brief period of introspection, meditation or careful consideration of the question or topic at hand.

Start with a single rune:

iFate offers many simple and complex rune spreads. If you don't know how to do a rune reading, new readers often find it easier to start with a single rune reading. By drawing just one single rune, your early readings will be much faster, and it's a quick way to learn rune meanings by heart. Once you understand the nuances of each individual rune, you'll be ready for more complex spreads. After you've mastered the complex spreads, you'll be ready to do a rune reading for someone else.

NOTE: Not every question requires a complex spread. For quick answers, nothing beats the immediacy of drawing just one rune. Depending on your specific question, consider whether you need a spread with multiple runes, or whether a single rune will do.

Consider the reading as a whole:

As with tarot readings, interpreting runes may seem easy at first but takes many years to master. There are subtleties to rune reading that come not just from understanding the meaning of each individual rune, but from the position of that symbol relative to it's adjacent symbols. For example: Is the symbol for wealth surrounded by other symbols of happiness? Or by symbols for destruction? Is there an overall balance to the reading? Is the reading clear and consistent? Or is there conflict within the stones?

Are online rune readings as good as real ones?

For others, only a physical set of runes will do. If you're among the latter group -- it's easy to make your own set of runes. Runes can be made from many different materials from small chips of wood to flat pebbles from a river bed, or even seashells. Some people even make runes from everyday objects.

If you're looking for an excellent set of runes to purchase inexpensively, these are excellent quality.

Is there historical evidence for rune reading?

While there are thousands of old runic inscriptions found throughout Europe, the evidence for occult usage or runic divination is not nearly as easy to come by because most runic inscriptions dealt with historic events, battles, deaths and celebrations.

One of the earliest written examples of how Rune-magic works comes from the Roman writer, Tacitus, who described the following ancient tradition in first-century Germania:

"The village elder offers prayers to the gods and looking up towards the heavens, picks up three runes one by one, and by reading the markings on each rune, the elder offers insight or interpretation."

Things haven't changed much in 2000 years! Except for one addition: The blank rune.

What is the blank rune?

Many contemporary adherents of rune reading use something called a "blank rune". The blank rune has questionable historical legitimacy, and was popularly introduced by the author Ralph Blum in his best-selling book The Book of Runes". The basic premise of the blank rune is that it is the "Unknowable" -- or that which we are not meant to understand at this time.

Many users appreciate Blum's addition to runic lore, but other more traditional rune readers will simply remove the blank rune from the stack. iFate's online divination options do not include the use of a blank rune at this time.

Some final words before you get started

iFate online free rune readings are designed to be easy for beginners, but have enough depth for advanced readers as well.

If you're a beginner, keep in mind that the overall meaning comes from the sum of the parts. Don't just read each rune individually. Try to look beyond the simplicity of position and meaning and look at the casting as a whole. This additional layer of complexity rises with more advanced rune spreads. For this reason, it is recommended that beginning students of runes try the shorter, simpler readings first.

Rune spreads are usually just 3 or 4 runes, but The Cross is a well-known five rune spread.

This is an exellent intermediate spread for complex situations.

The Circle, or 'Union' is a favorite rune reading which gives insights into romantic issues facing couples.

This is a 6-rune reading intended for more advanced rune readers.

Don't confuse this with the popular 'Tree of Life' tarot spread.

The 'Great Tree' rune reading is useful for gaining insight into an individual's character.

What makes a person tick?

RUNE OF THE DAY