The Magician And The Empress Tarot Cards Together 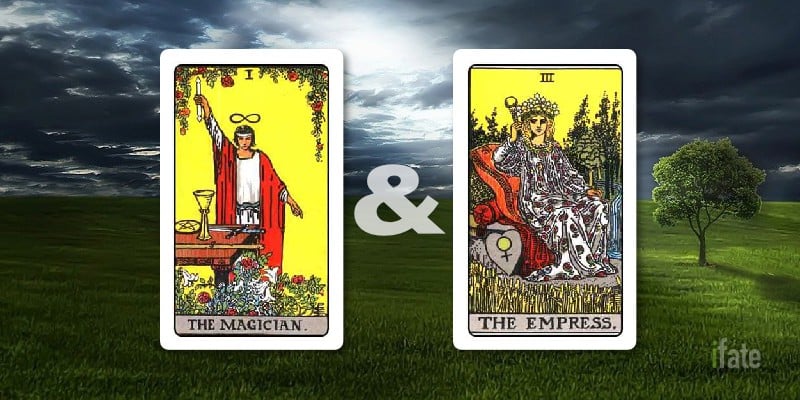 The Magician and The Empress compared

The meanings of the The Magician and The Empress cards

The simplest way to think about the Magician is that it references: Power, skill, concentration and resourcefulness 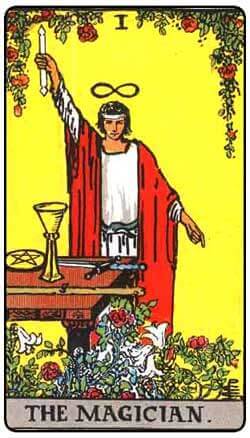 Have you tried iFate's easy-to-use free online tarot readings?
Click here to try one of over 20 different free readings you can do right now.

The simplest way to think about the Empress is that it references: Fertility, femininity, beauty and natural abundance 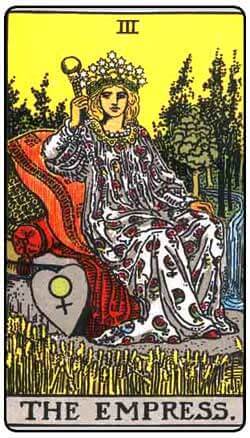 Summary meaning of the Empress:

A female approach to a situation. Motherhood and its influence. Feminine beauty and happiness combine in luxury and opulence. A state of being in-tune with nature.

(For a more detailed description of the Empress visit the Empress tarot card meaning page.)

Yes or No meanings of the Magician and the Empress together

Both the Magician and the Empress have a Yes or No meaning of "Yes". This means the pairing of these two cards is strongly affirmative if a Yes or No question is being asked.

Astrological comparison of The Magician and The Empress tarot cards

According to the Golden Dawn system of associating tarot cards with astrological equivalents, the Magician is associated with the ruling planet Mercury.

The Empress on the other hand, is connected with the ruling planet Venus.