...or scroll down for more information.

How to Do A
"Celtic Cross"
Tarot Reading

One of the most well-known spreads in the world of Tarot, the Celtic Cross is capable of revealing both rich insights and startling answers.

This complex spread, using a total of 10 tarot cards works best when applied to a specific issue which confronts the querent -- but its answers and revelations will often encompass far more than the current situation or a specific question. By design, the Celtic Cross dives deep into the history of the issue and hand, and explores the subconscious fears and desires of the querent.

When reading the Celtic Cross spread, it can be helpful to think of the spread in two parts: The "cross", located on the left side of the tarot spread, and the "staff" located on the right side

Learning the Celtic Cross tarot spread is not difficult -- but mastering it can take many years. The true art of interpreting the spread lies in interpreting the relationships between the cards, and not just reading the cards at their face value.

Skilled readers will shape these relationships between the cards into a cohesive storyline, which relates to the querent's life and the specific external influences at work in their present situation.

Scroll down past the position meanings for additional interpretation tips.

Below is a step-by-step walkthrough of each position in the "Celtic Cross" spread:

NOTE: Tarot beginners are often eager to jump-in to this famous tarot spread, but the reality is it's probably not the best place to start to learn Tarot. As a larger tarot spread consisting of 10 cards, the Celtic Cross can be a daunting spread to master. Most experienced readers advise students to start learning tarot with smaller tarot spreads like the Past, Present and Future" spread before tackling larger complex ones like the Tree of Life and the Celtic Cross. That being said, if you're up for a challenge, dive in!

When reading the Celtic Cross spread, it can be helpful to think of the spread in two parts: The "cross", located on the left side of the tarot spread, and the "staff" located on the right side.

The right side or "staff" side of the Celtic Cross, brings us back to the present reality and immediate challenges.

The "staff" walks us from bottom to top, through the querent's current mental state, external environment, hopes and fears, to the final outcome. It's important to note that the final card may not represent a desirable outcome. In cases where the final card has a negative meaning, the entire spread should be taken as guidance, not necessarily as a definite or even likely outcome. Likewise, in cases where the final card is a positive card, the querent should not consider that fate "locked in". That positive outcome may be the result of long hours of effort expended between now and then. 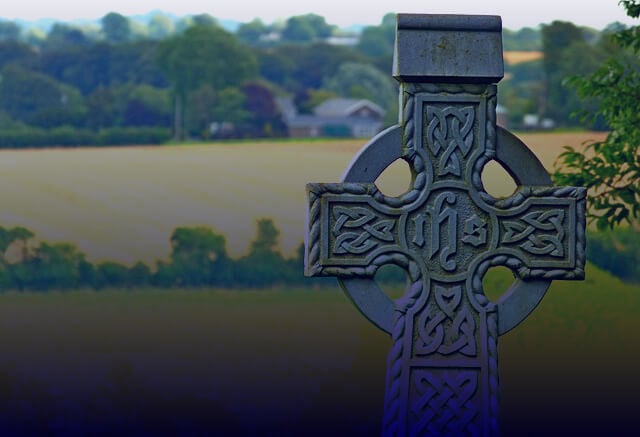 What makes the Celtic Cross readings so insightful, is the ability to compare the relationships between different cards.

There's almost no end to the card relationships that can be explored in the Celtic Cross spread. Deeper insights come with practice. And the only way to learn is to start.